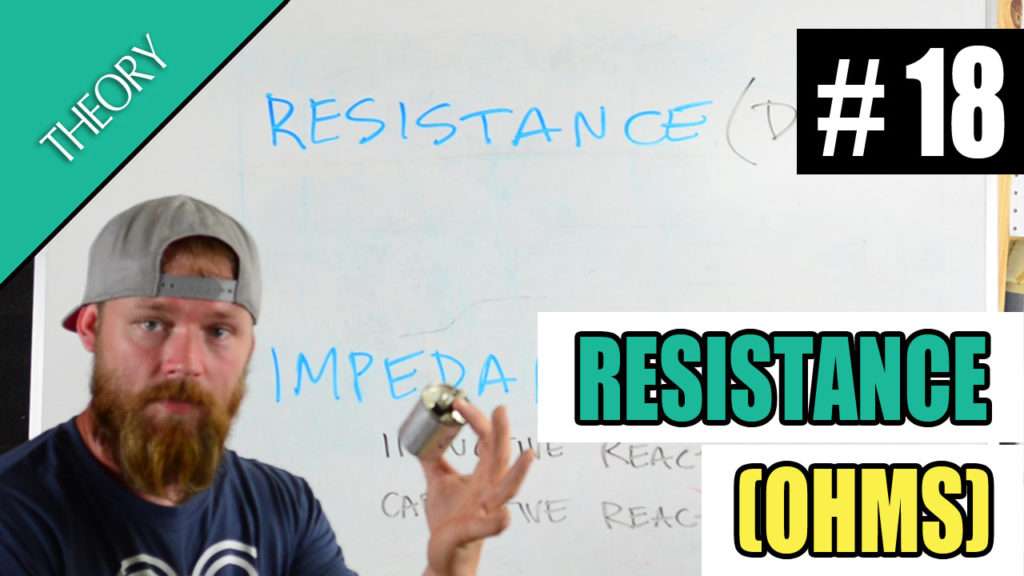 Resistance is one of the most crucial aspects of an electrical circuit.  Along with Voltage and Amperes, Resistance plays a major role in how a circuit operates.

In this episode talk about how electrical current travels through a resistive load, and how changing voltage or resistance can effect the amount of current flowing through a circuit. Resistance is a very important element of an electrical circuit.  As electricians we use the term impedance more than we use resistance, as impedance refers to AC circuits – whereas resistance refers to DC.  However either way we’re talking about a physical object that is used to stand in the way or oppose electrical current.

Resistance in an electrical circuit is most often a complex coil of wire.  When a difference of potential (voltage) is connected across a resistance (load) current will flow through the circuit.  Without the load present, so much amperage will flow that it can cause serious harm to the system.  So resistance helps to slow the current down, and make it useful rather than harmful.

We cannot simply change amperage with a dial, but we can control the voltage and the resistance so in effect the amperage will change by altering either of these two values.  Ohm’s Law shows us that there is a very specific relationship that current has with both voltage and resistance.

Resistance and Impedance are both methods of slowing down current enough for it to be usable.  When current is unimpeded (meaning no resistance in it’s way) it can create an immense amount of heat, which may melt the insulation off of the wires or cause the wires to start welding themselves together.  This is a very dangerous and dramatic event when it does happen.

So putting a coil of wire in the middle of the circuit slows the current down to a usable level.  Most appliances on electrical circuits operate because there is a coil of wire on the inside of them.  When current leaves the source and travels into the appliance, it has to travel through instructors and capacitors on its way out of the appliance and back up to the source.  In an AC circuit the direction alternates this happens 60 times per second.  This works the same way in a standard DC circuit, except with the DC circuit there are resistors, so we call these circuits resistive circuits.

Impedance in an AC circuit has 2 parts that make it up.  Inductive reactance and capacitive reactance.  I will get more into these in a later video, but for now just understand that there is a definite relationship between a capacitor and and inductor in how they affect current in an AC circuit.  An inductor and a capacitor act to cancel some of the effects of each other out if they are both introduced in a circuit.  However if only one is in the circuit it will act opposite than the other one would.  For example if an inductor is in the circuit, you would have an inductive circuit that would make the Voltage waveform lead the Current waveform.  Conversely in a capacitive circuit, the opposite would occur – you’d have a Current waveform leading a Voltage waveform.  More on this later.

I will get more into reactance and impedance in later videos, for now just try to really wrap your head around the importance of resistance/impedance and how it relates to voltage and amperage.