The hammer drill and impact set from Dewalt was one of the first tools I got to use as a part of the #THDproSpective program.  I’ve traditionally been an 18v Makita guy for the past decade, so I was really excited to test out Dewalt’s 20v stuff. I took a poll recently on my electrician Facebook group, Electrical Wizardry, and found that the top 2 tool brands most electricians use are Milwaukee and Dewalt, so I knew that this was going to be good. 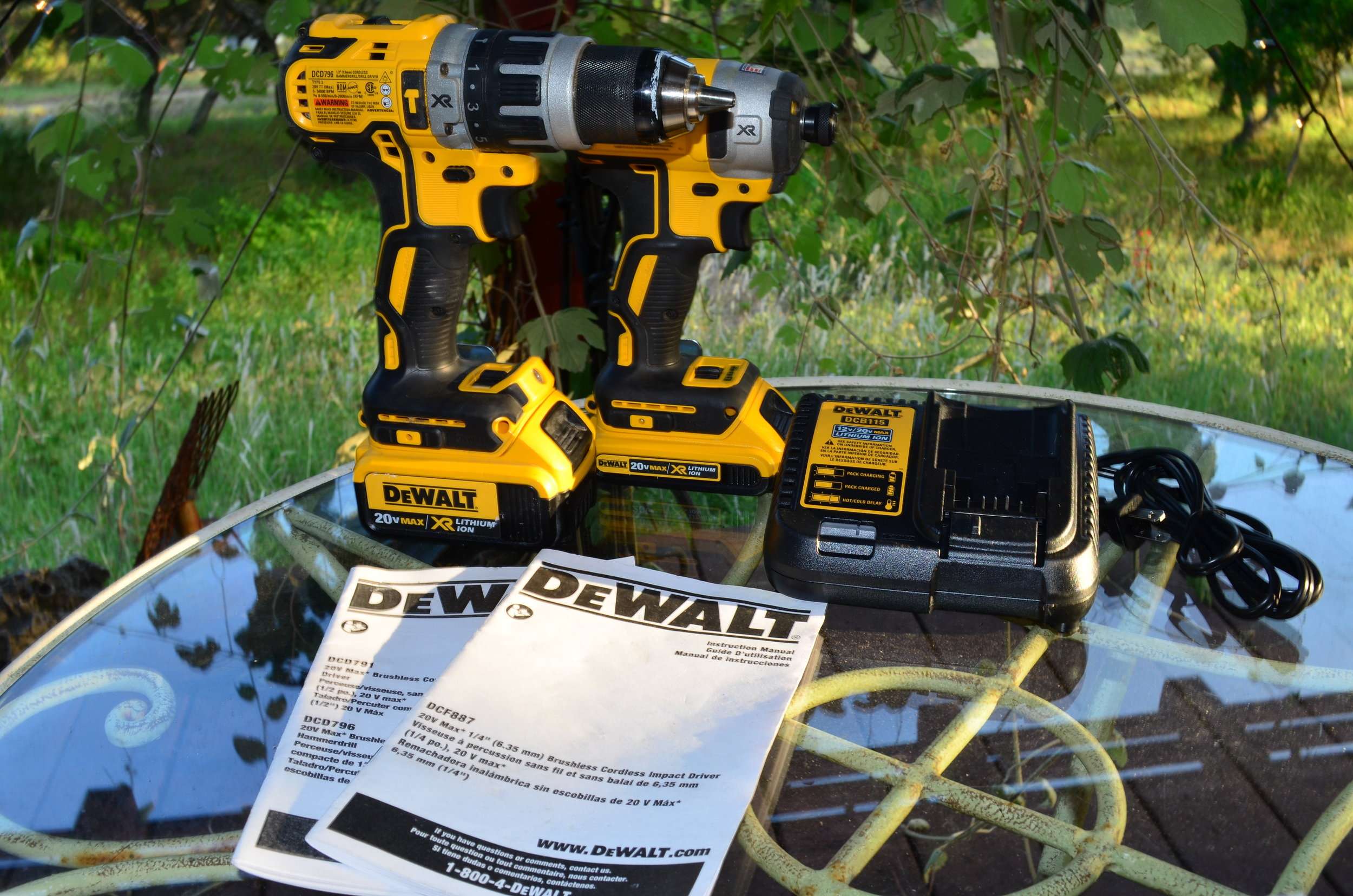 Immediately when I opened the package I was happy.  Everything comes in a nice carry bag.  Unzip the bag and both drills, two batteries, and a charger are waiting inside.  The bag is average size, not too big or too small.  It fits the tools it came with and is small enough to tuck under a seat in your truck.  The first thing I did was plug the charger into the wall and get those 20v Li Ion batteries charging and ready for use at work.  The batteries I got were 2 different sizes, so I got to test the charge times of both of the batteries.  The small 2 mp/hour charged in around 15 min, and the 4 amp/hour charged in around 25 min.  That’s outstanding.  The next day when I got to work I pulled the kit out of my truck, stuck the batteries in, and carried them over to the electrical service I was about to build. 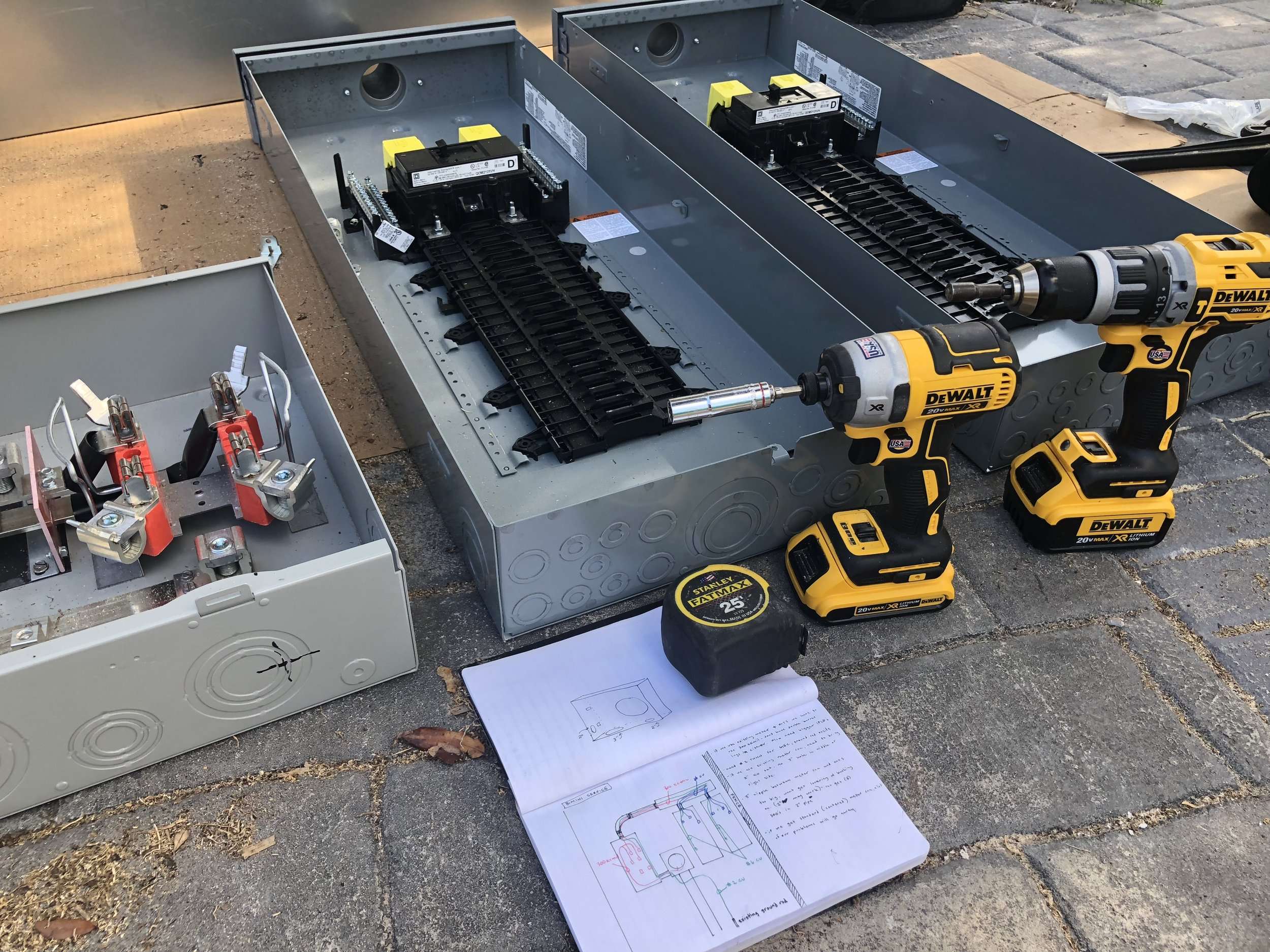 I needed to get some 2” holes knocked out of a few of my enclosures, and to do that I had to use a Klein knockout set.  But in order to use a knockout set you have to drill a pilot hole into your metal, so the knockout bolt can fit inside.  Enter the Dewalt Hammer Drill.  I didn’t use it on hammer obviously, just the normal drill setting.  But when I pulled that trigger I smiled.  It was powerful, no doubt.  It feels quality holding it in your hand. It’s very easy to understand all of the various functionalities of the buttons and switches on both the hammer drill and impact.  I put my 7/8” uni-bit (stepped bit) in the drill and drilled out a 7/8” hole for my bolt to fit into.  The drilling went extremely smooth.  The trigger responds to different pressure like a foot on a gas pedal.  You can lightly feather the trigger to achieve a low drive speed, or you can apply slightly more pressure and the motor steps up nicely.  You can pull the trigger down all the way and when you do holy hell, this thing takes off. 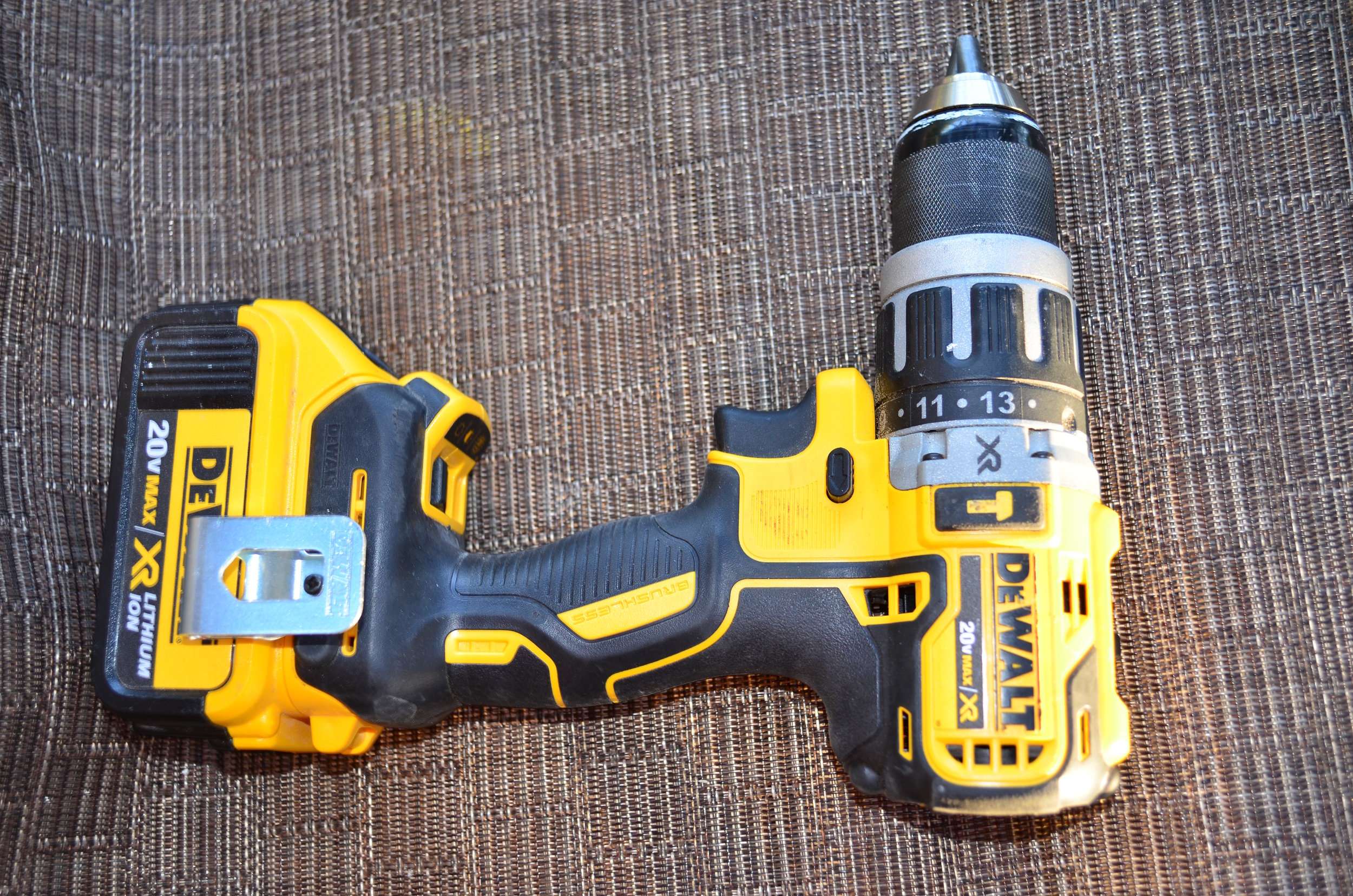 For a hammer drill this Dewalt 20v is lightweight.  Most of the hammer drills I’ve used in the past have been large, bulky, and heavy.  So it’s refreshing that this drill has some ass behind it, yet is still small enough to want to carry for everyday use.  In order to hang my electrical enclosures, I had to drill holes through hardy board, so I could get thick wood screws into the wood behind the stucco.  I used a set of masonry bits that Bosch sent me to drill holes in the hardy board before screwing each enclosure on the wall.  The speed and power behind this hammer drill made quick and easy work out of this task.

The hammer drill also comes with a light down near the batteries, that has 3 settings.  One setting allows you to keep the light on for 20 minutes after the button is depressed, then automatically shuts off.  THIS is awesome.  There’s nothing worse than forgetting a flashlight and needing to use the light on your drill in an attic, but the light keeps shutting off every 10 seconds.  Very good thinking Dewalt.  The other two settings are “full bright” and “dim” which will come on when the trigger is depressed, and stay on for around 10 seconds before shutting off.  Still very handy when you don’t want to drain the battery by keeping, but just need the added feature of having light to see what you’re drilling. 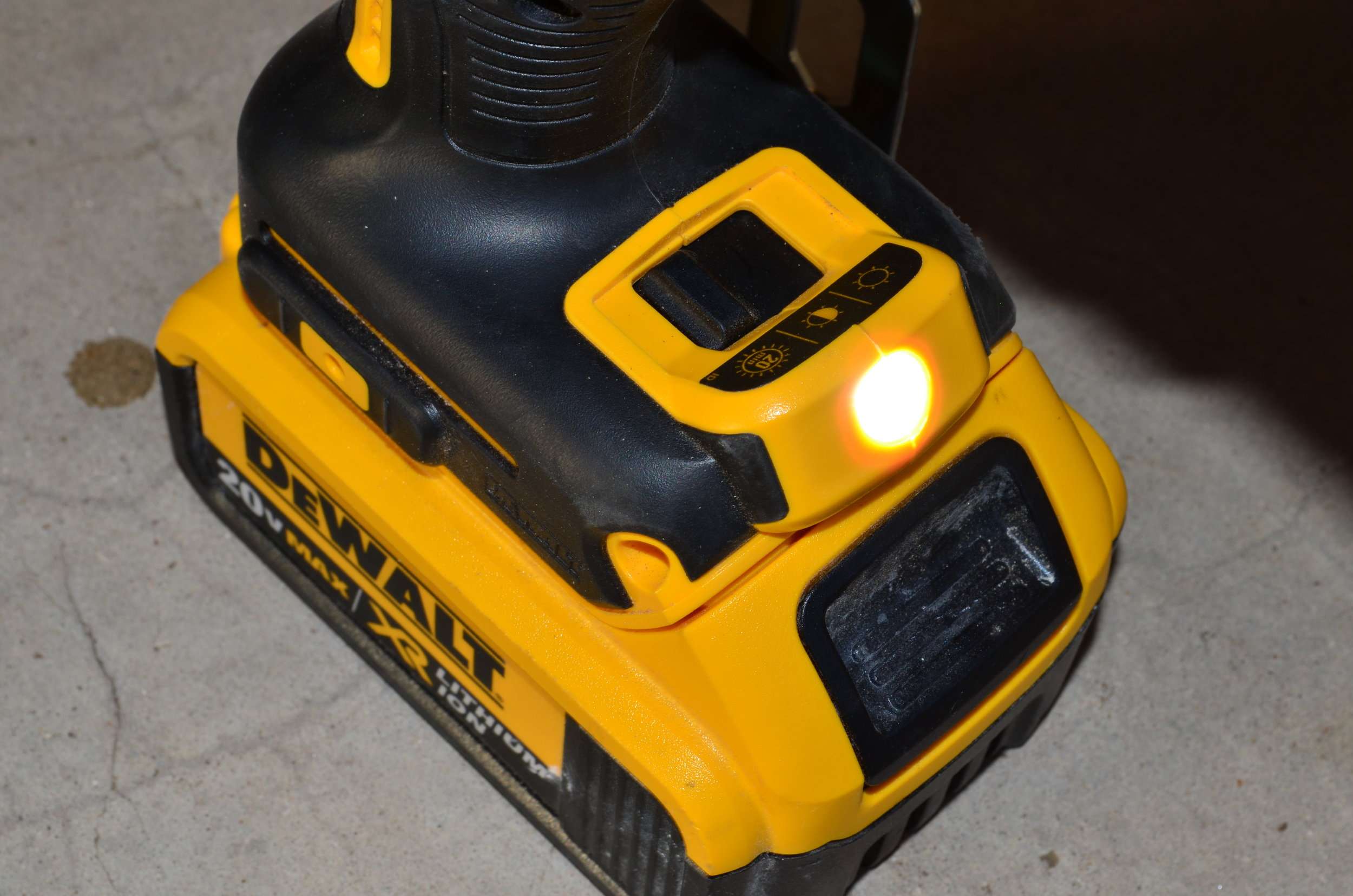 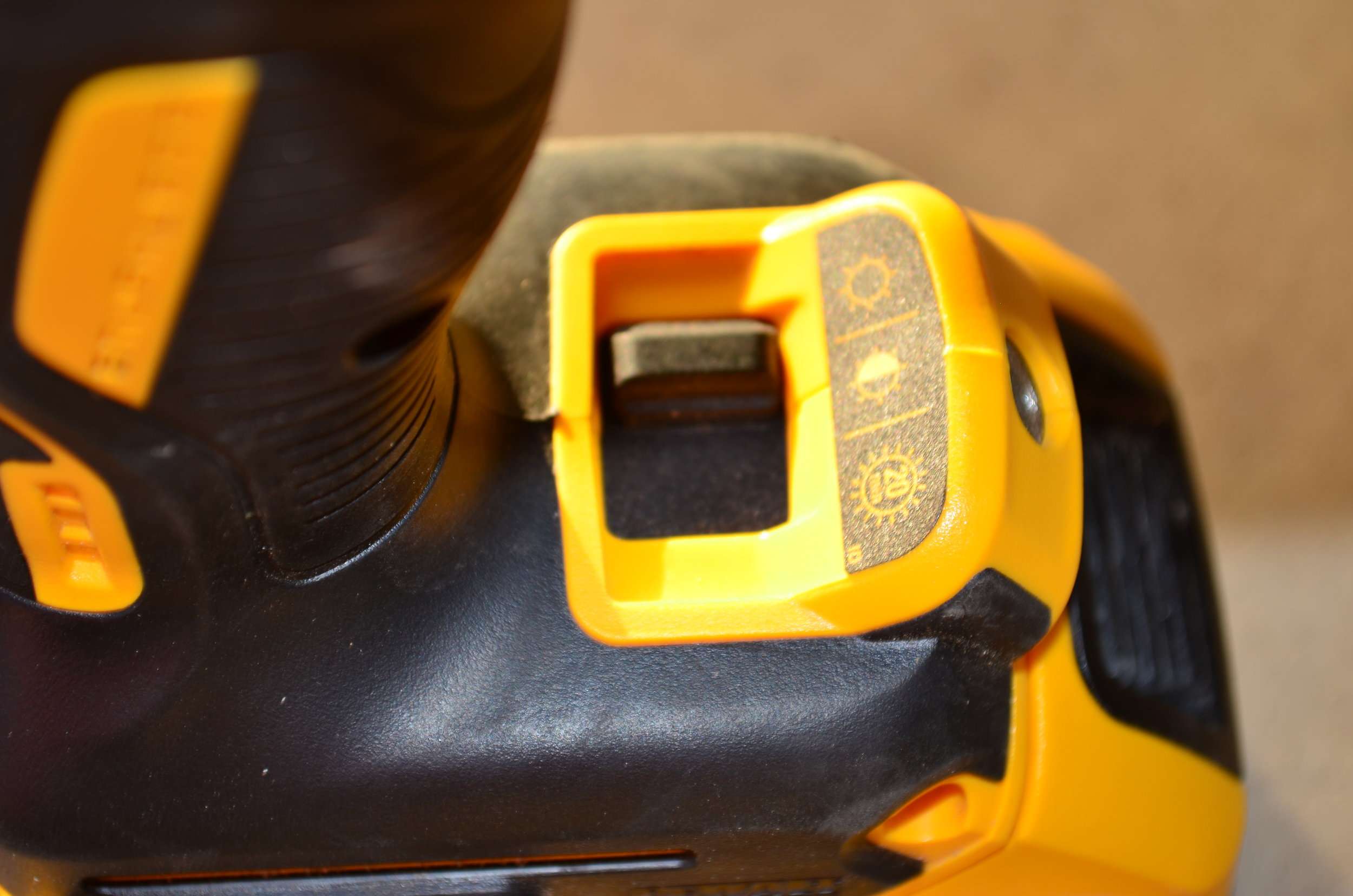 Another feature that most brands have these days, but my current Makita set does not, is a button on the batteries that shows the current battery life.  I love this feature.  It’s always a pain to hunt through 4 batteries and put them in a tool just to pull the trigger and see if they’re charged.  You don’t know how charged the battery is until you use it, and sometimes you’ll only get 2 holes out of a drill because you can’t tell if there’s ¼ battery charge left, or 3/4.  So this fool-proof way of checking the charge on your batteries is a must have feature. 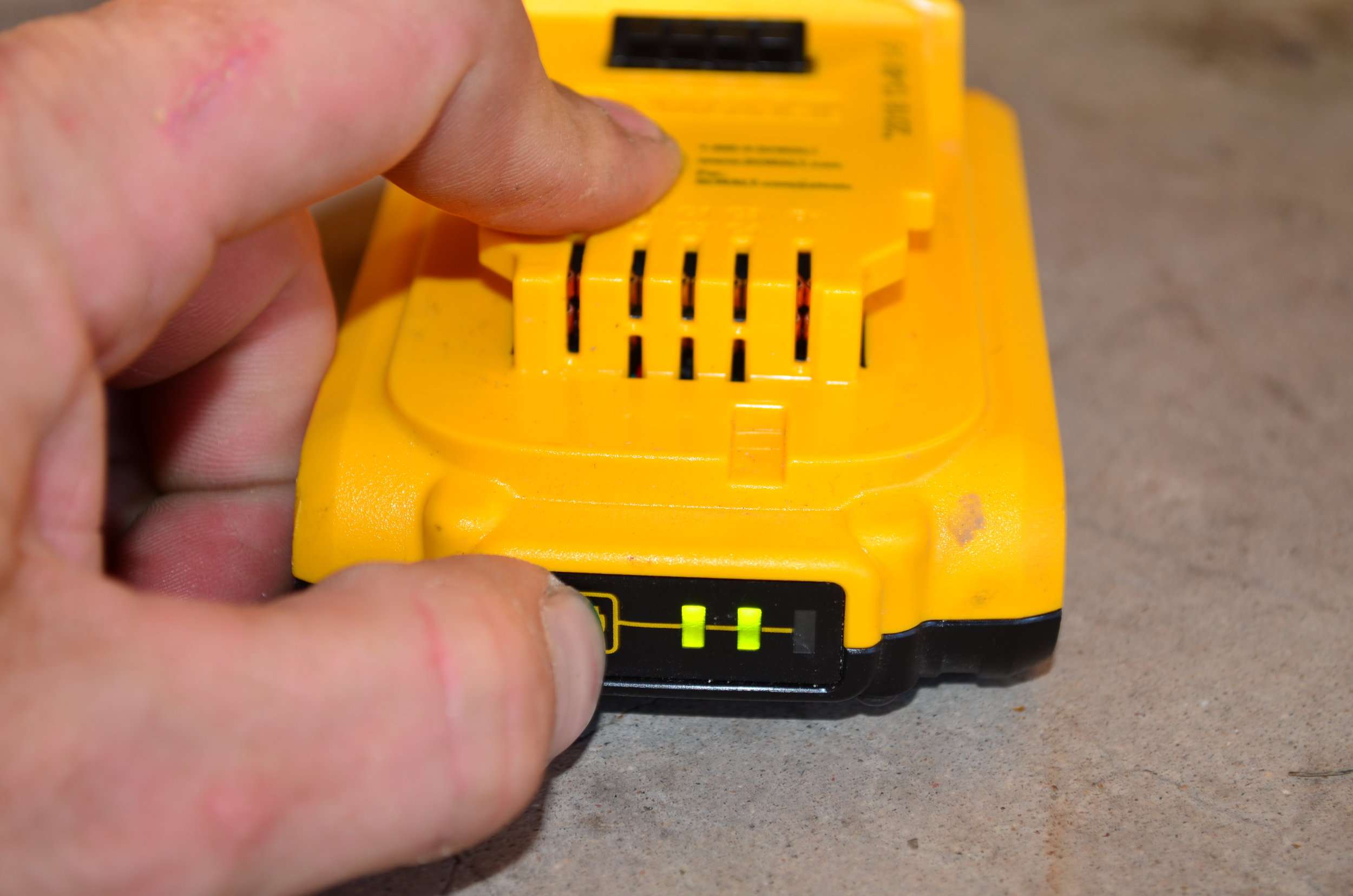 I noticed that the impact does not have the same 20 minute light selector as the hammer drill had.  I would suggest that this be added to all of their drills.  Some electricians use their impact as their main drill, and only pull out the combination hammer drill when doing actual masonry drilling.  Some electricians use the hammer drill all of the time, and rarely use the impact.  It would be great to have both drills function the same way.

The impact driver does have two three speed settings, low, medium, and high.  This is nice because it reserves battery life, and sometimes you want to sink a screw with more precision than power.  Plus too much power on an impact can snap screws and bolts, or over screw and ream out a hole so the screw no longer grabs once screwed in.

The impact driver and hammer drill both come with metal clips that can be screwed in down by the battery, so each drill can be hung from a tool belt, metal clip, or ladder.  Most other drills have this as well.  The battery charger is very small, as well the batteries seem a bit more streamlined than other companies’ batteries. 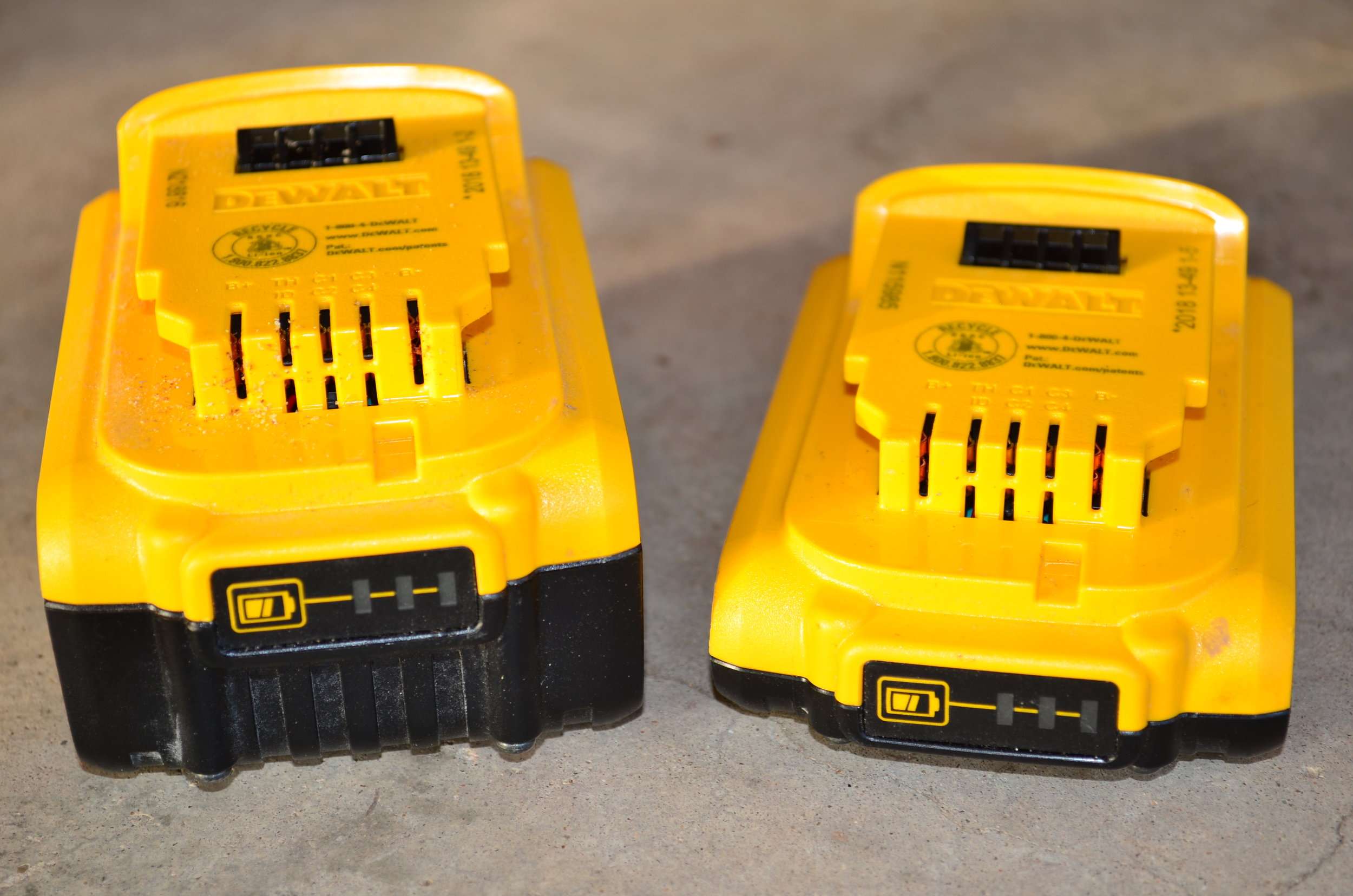 I am thoroughly impressed with this hammer drill and impact driver set.  I’ve used Dewalt drills in the past, before the Li Ion technology was out and I believe they’ve always made a relatively decent product.  The stuff they’re designing now days is rugged, well thought out, and extremely powerful.  Since I received this set I’ve used it every day for weeks now and have become accustomed to using them over any of my other drill sets.  I highly recommend anyone in the electrical, plumbing, HVAC, or handyman trades carry a set of these drills.  This set is my first tool to earn a 5 star rating from me for being so well put together that I’ve challenged my normal brand loyalty. 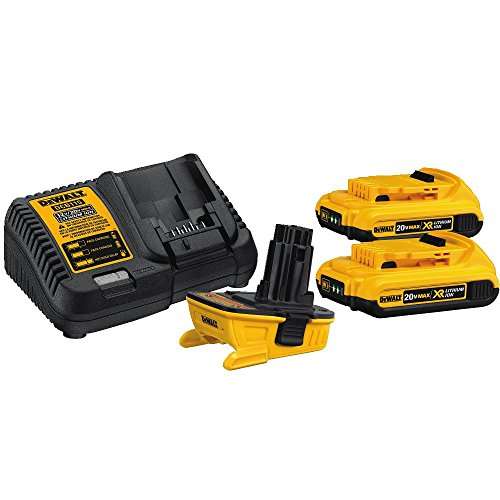 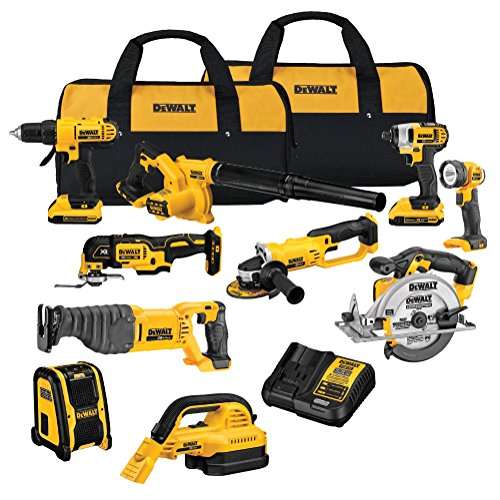 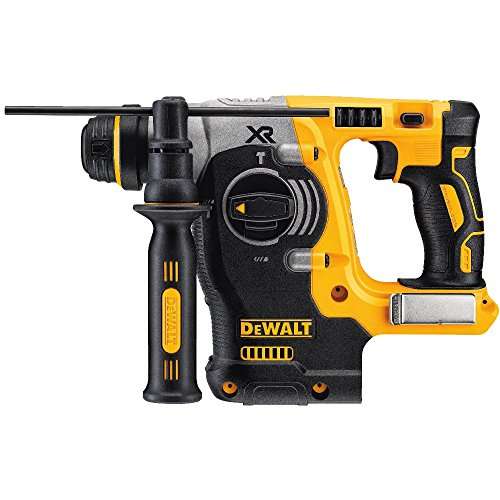 I acknowledge that The Home Depot is partnering with me to participate in the ProSpective 2018 Campaign. As a part of the Program, I am receiving compensation in the form of products and services, for the purpose of promoting The Home Depot. All expressed opinions and experiences are my own words. My post complies with the Word Of Mouth Marketing Association (WOMMA) Ethics Code and applicable Federal Trade Commission guidelines.