I’m a huge fan of pretty much everything Milwalkee makes and I was recently sent their M18 FUEL sawzall. I’ve used a lot of different sawzalls in my career, so I’m pretty excited to put it to work and see what sets it apart from the others. 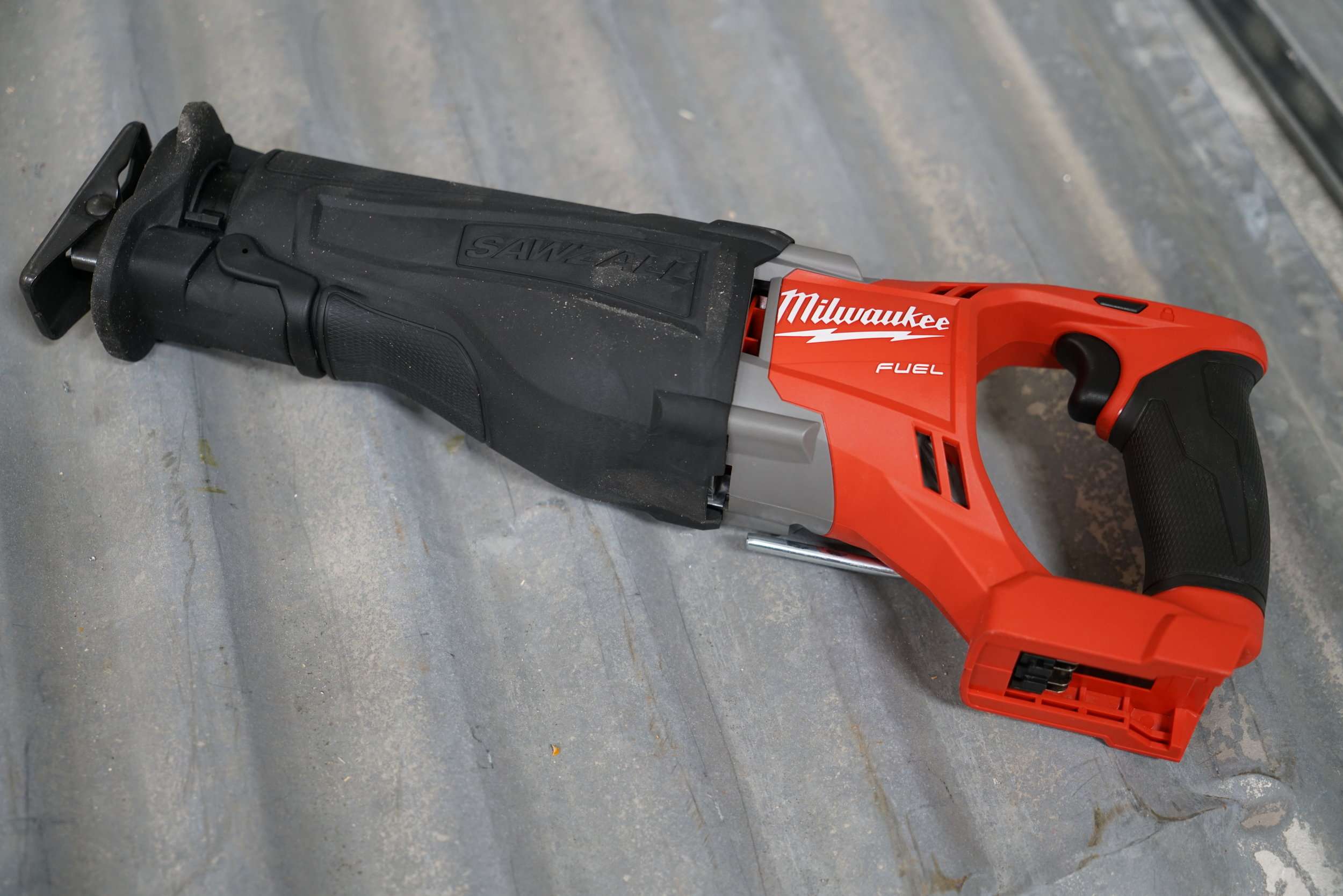 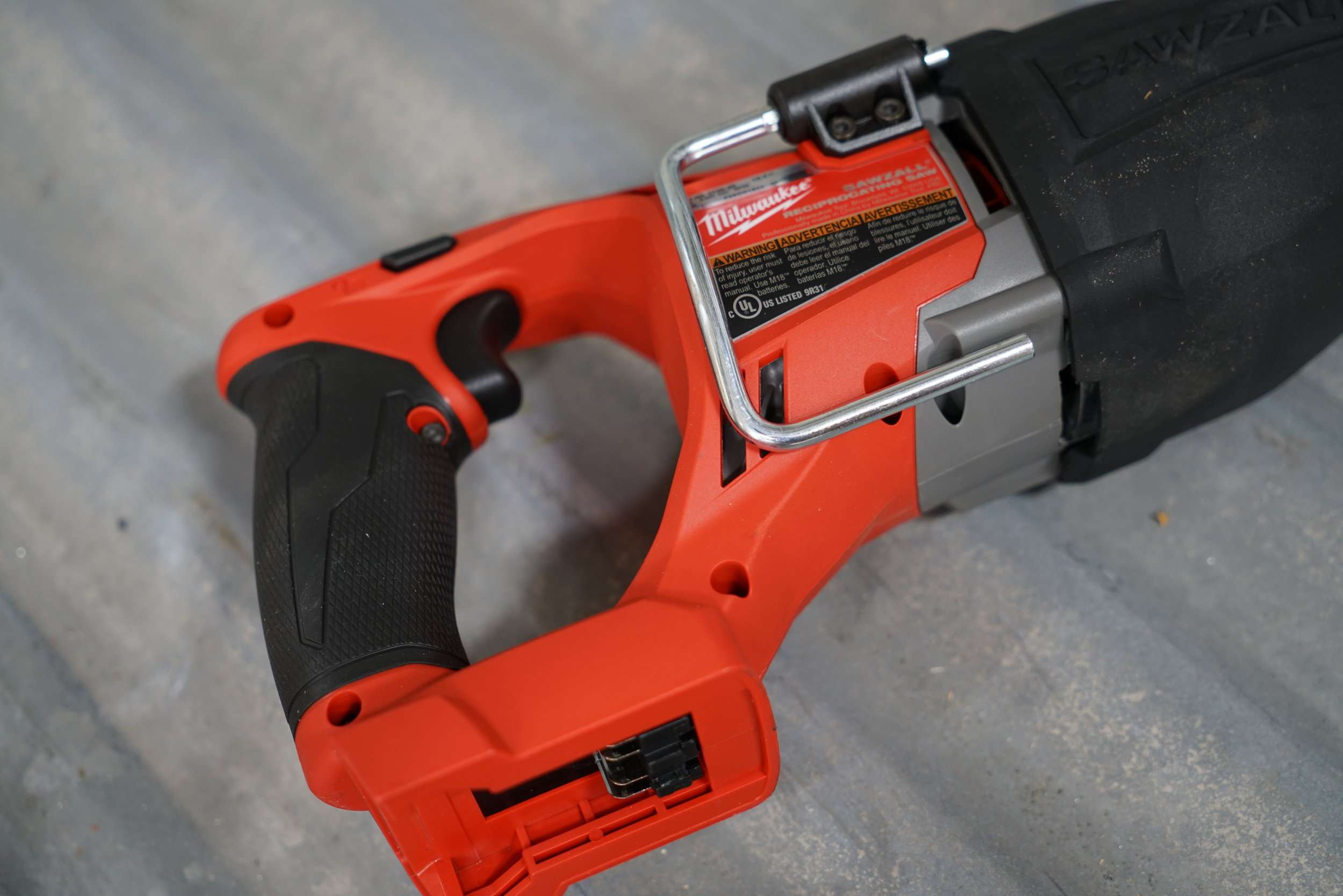 This thing is bulky and feels extremely heavy duty like all of the rest of their FUEL tools. I noticed there’s a hanging hook which to me seems like it’s just an extra feature that would get in the away. I do understand that when you’re on top of a ladder using a sawzall, there need to be some way to attach it to a ladder because most people tend to set it down and then it falls off the ladder – so maybe this is a good thing. Other than that it seems pretty much like a typical sawzall. 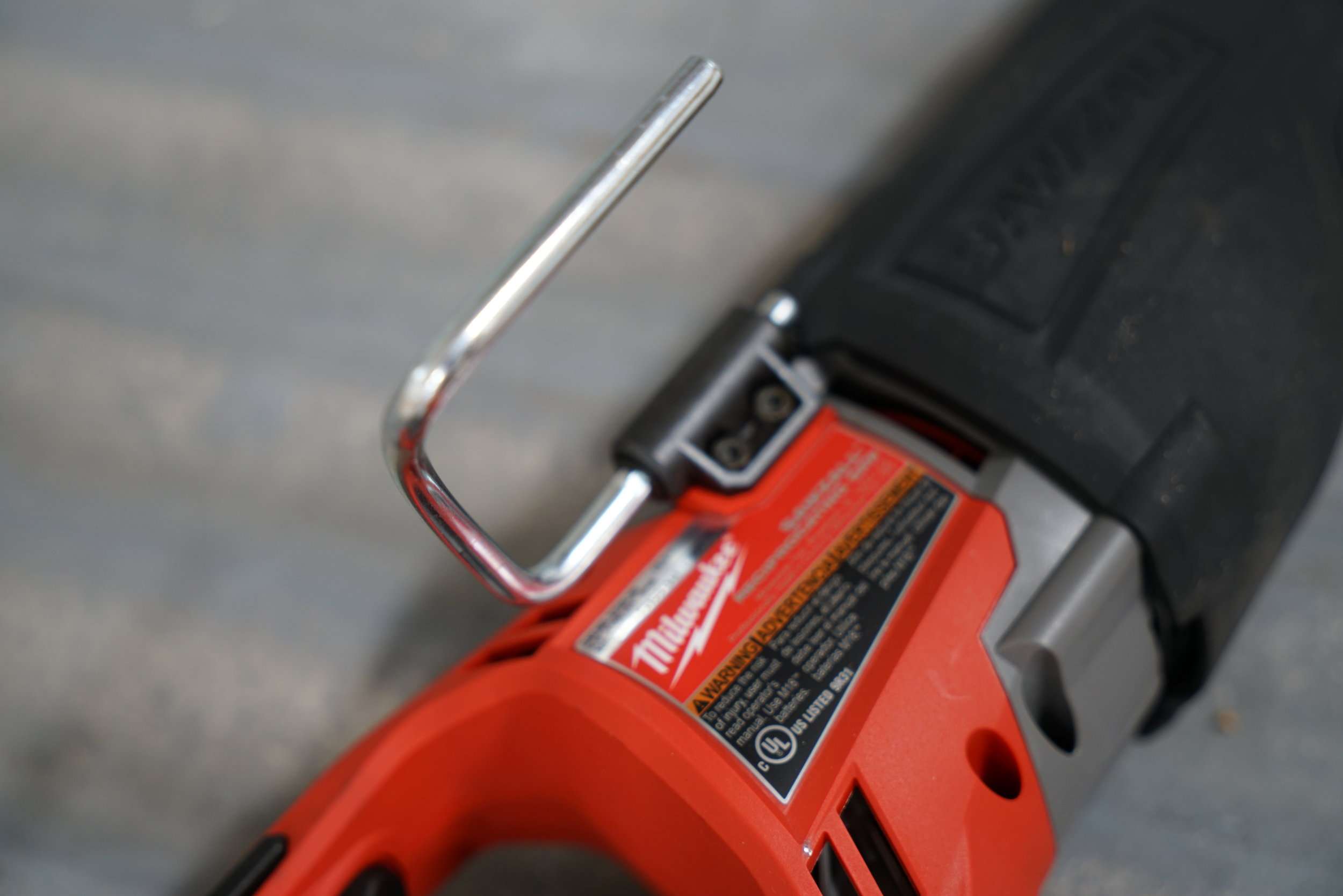 What I do like about this sawzall is that there’s an LED light at the front. My prior sawzall did not have that, in fact none of the sawzalls I’ve had in the past have ever had a light on the front. This seems to be a feature that’s being slowly introduced into every power tool on the market. This sawzall still has an adjustable shoe like most others do. Although, the Milwaukee FUEL M18 hackz-all that I have does not have this feature. It instead has a fixed shoe that tilts with the material as you cut it. The awesome thing about this sawzall is that it has the power-state brushless motor which is essentially the same motor as the M!8 hacksaw, as they both push out 3,000 SPM (strokes per minute) – but the power-state brushless motor is said to give the saw the same type of power as a corded tool of the same rating. The saw also comes with RedLink + which most of their tools are now coming with in the fuel line. That is a technology between the battery and the tool that helps to protect from overheating, overload, and over discharging. It’s pretty awesome that the technology exists now for batteries to talk to tools as you use them and they adjust themselves based on the load that the tool is under.

This thing cuts like a boss! The only large thing that I noticed, which is a change from the hacksaw to the sawzall, is that the hacksaw comes with a .75 inch stroke on the blade, and this saw comes with a 1.125 inch stroke which means that it vibrates a little bit more and also kicks more. However it does allow it to do deeper cuts with the same speed as the hacksaw. You just have to really hold on to the material because it’s an extremely powerful saw. I’m not sure what this means for going through blades, but I imagine with a deeper stroke you’re using is more teeth per cut to cut through the material rather than using the same teeth multiple times in the same cut as you would with a more shallow stroke of the hacksaw. I could see this burning through teeth on the hacksaw a lot quicker than it would on this sawzall. 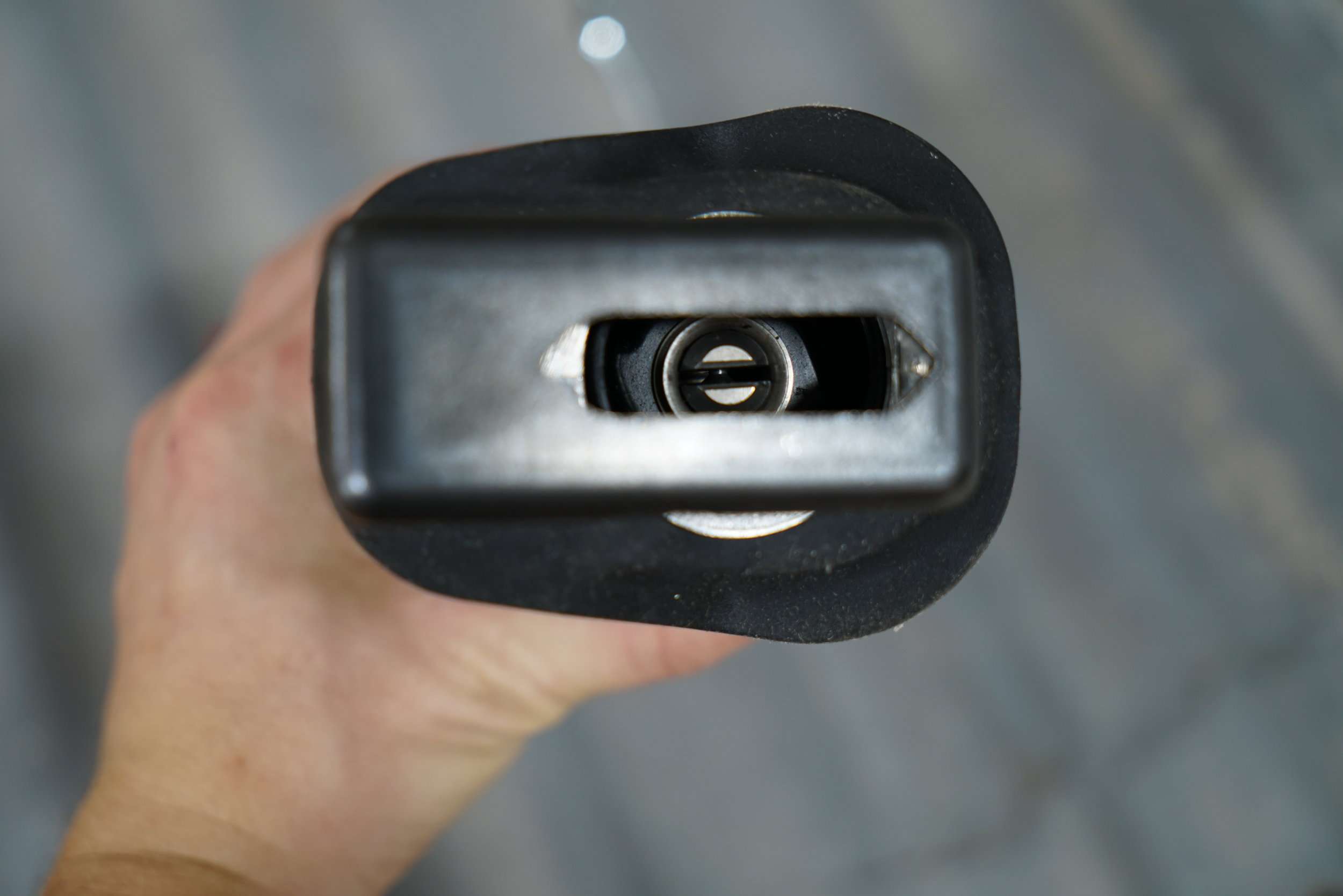 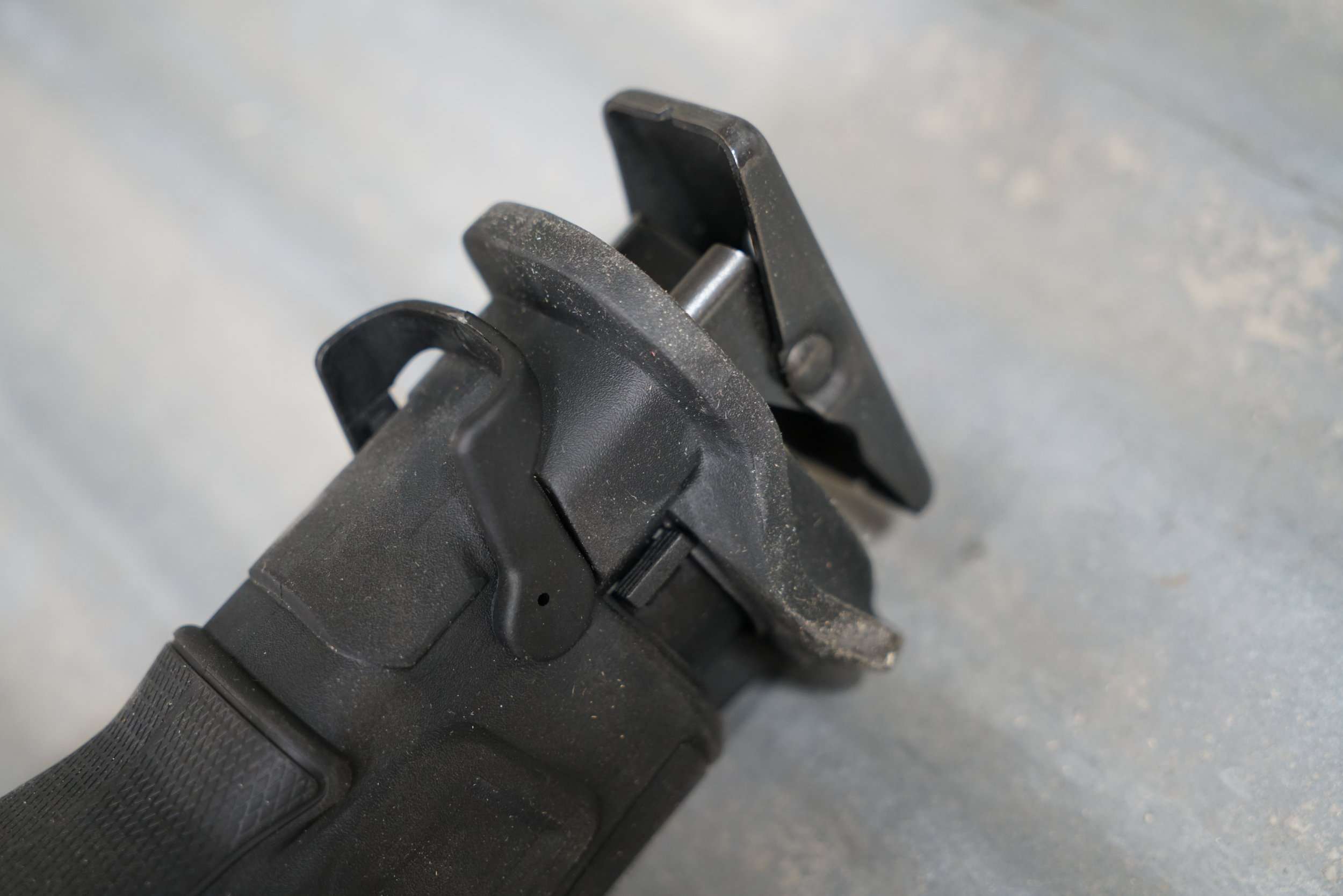 The M18 FUEL SAWZALL Reciprocating Saw cuts faster than its corded counterparts and offers up to 2X more runtime and 5X longer tool life than competitive saws. The POWERSTATE brushless motor provides cutting power that has only been associated with corded tools. The M18 REDLITHIUM XC5.0 Extended Capacity Battery Pack (not included) delivers up to 2.5X runtime and provides more work per charge and more work over the life of the pack than competitive batteries. The saws REDLINK PLUS Intelligence ensures optimized performance and protection from overloading, overheating and over-discharging. The 18-Volt lithium-ion SAWZALL features an adjustable shoe, integrated LED light, and a hang hook for convenient storage on the job.

This thing is a beast!! The only thing I do not like about it is the hanging hook. there’s a similar hook on my Dewalt Flexvolt cordless nailer and another one on my Milwaukee M18 bandsaw, and I never use any of them. I find that they all get in the way more than a help. I do understand what they’re trying to do, but for me it’s just an unnecessary thing. Most of the time with the tool this heavy and bulky I am going to just bring it down the ladder rather than try to hang it from the top of the ladder. Beyond that the power and rigidity of the tool are outstanding and compared to all other cordless brushless sawzalls that I’ve tried, this one is the best. I give this Milwaukee M18 Sawzall a roaring 5 out of 5 stars. RAWR…

For more detailed information on this sawzall CLICK HERE. 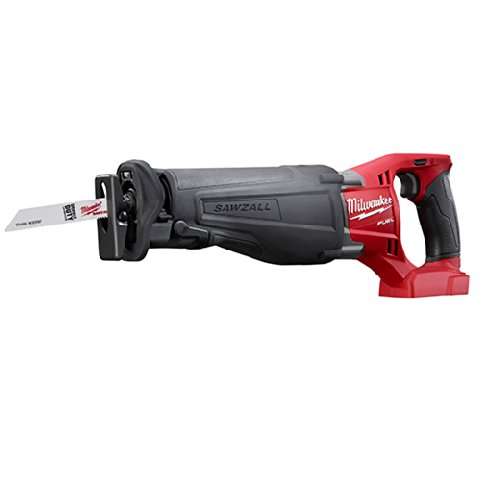 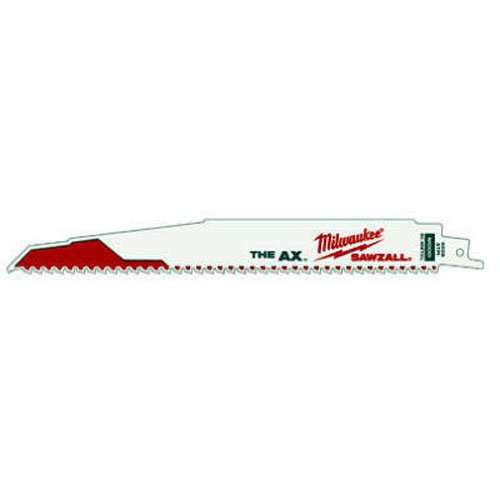 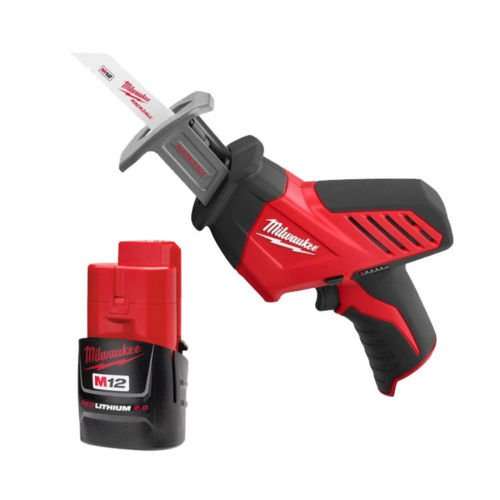